Sometimes accountability stories are hiding in plain sight, but getting to them requires first recognizing the potential and then doing a whole lot of digging. Virginia reporter Sarah Rankin did both of those things.

After seeing a one-sentence mention in a legal trade publication, Rankin began the hunt for a deeper story about a continuance privilege granted to lawyer-legislators, and how one Virginia lawmaker used the privilege to consistently delay court hearings.

Rankin plowed through records of cases that involved Virginia lawmaker Jeff Campbell, the defense attorney for a one-time NASCAR race driver accused of domestic violence. She found that Campbell had employed the continuance privilege at least 30 times over three years, more than double any other lawyer-legislator.

For seizing on the brief mention, then following up with determined reporting that revealed a potential for abuse by lawyer-lawmakers in Virginia and elsewhere, Rankin wins the week’s Best of the States award. 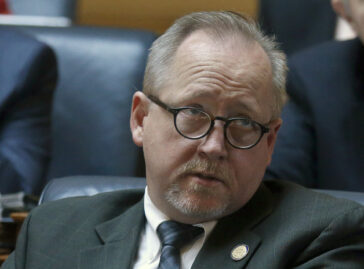 Los Angeles courts reporter Brian Melley was enjoying a Sunday afternoon when a longtime legal source reached out with a remarkable tip in the case of Edward Gallagher, a Navy SEAL facing a court martial on charges he murdered a teenage Islamic State fighter in Iraq in 2017.

The source told Melley that military prosecutors, frustrated by leaks in the case, planted tracking software in emails sent to defense lawyers and a reporter. The unsophisticated software was quickly discovered by the recipients.

Melley worked up the story, including an interview with a military law expert who thought the tactic was ethically, legally and intellectually dubious. His story hit the wire the next morning, quickly gaining traction online. AP was widely credited everywhere it appeared and no major media outlet matched it.

For giving AP an exclusive on an important military justice story, Melley wins this week’s Best of the States award. 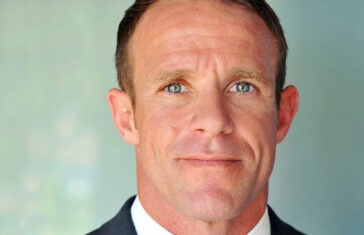 As the bitter election season winds down, a recurring theme has been the conviction among many white men that they have been losing ground in society. National writer Matt Sedensky wanted to find a way to tell their story for a concluding installment in the series Divided America.

Sedensky focused on the views of white men turning toward Republican nominee Donald Trump and rejecting Democrat Hillary Clinton. He listened to the voices on a call-in radio show in Texas _ both host and callers revealing their angst _ and then, through backgrounding interviews with them and reporting on research, showed why these men feel as they do.

The erosion of hope: Kathy Gannon on 35 years in Afghanistan

is an AP icon — she has had an unsurpassed view on the ground in Afghanistan for the past 35 years. So when an editor suggested she write a first-person piece reflecting on her decades of coverage, she stepped up with a vivid and intimate retrospective.The story, full of personal anecdotes, brings Afghanistan's recent history to light, tracking the country’s slow descent into despair. The pacing is such that the piece reads like a narrative, leading with the 2014 shooting that seriously injured Gannon and killed a beloved colleague, then taking the reader effortlessly through the country’s conflicts and shifting regimes. Like everything she writes, the piece focuses squarely on the people of Afghanistan, conveying Gannon’s respect for their kindness and resilience, even as hope fades.Read more

Resolute AP crew in Chad, where not a single shot has been administered, highlights vaccine inequity

In Chad to cover the sudden death of the country’s longtime president, the AP team of West Africa Bureau Chief Krista Larson, Nigeria-based video journalist Lekan Oyekanmi and photographer Sunday Alamba decided to look at the COVID situation in a country that has yet to administer its first shot. Political unrest made the assignment far more challenging, with police on the hunt for journalists. Alamba and Oyekanmi had already been detained for eight hours and warned not to venture out into the street again.

After days of prodding, the team was granted just a brief interview with medical staff in a hospital conference room. But the all-formats crew pressed the case to see the COVID ward for themselves, eventually winning access. Accounts of bravery and deprivation among overwhelmed medical staff, and the images shot by Alamba and Oyekanmi, speak volumes, highlighting a deep global inequity despite promises by wealthy nations to help vaccinate the world.

For intrepid coverage in the harshest of reporting environments, Larson, Alamba and Oyekanmi win AP’s Best of the Week award.